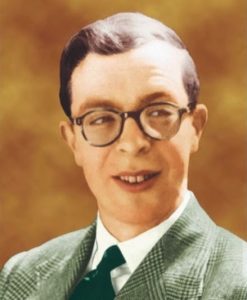 The Servant of God, Alphonsus Lambe, (known as Alfie) was born in Tullamore, Ireland on the feast of St. John the Baptist, Friday, 24th June 1932, during the International Eucharistic Congress in Dublin.

Like St. John he was a precursor – the precursor of the Legion of Mary, which Pope Paul VI described as “the greatest movement which has been established for the good of souls since the era of the great religious orders”. After spending a period of his youth in the novitiate of the Irish Christian Brothers, which he had to leave because of delicate health, he found his vocation in the Legion of Mary, and was appointed Envoy in 1953. With Seamus Grace, he left for Bogota, Columbia on the feast of Our Lady of Mount Carmel 16th July of that year.

For almost six years he worked ceaselessly in promoting the Legion of Mary in Columbia, Argentina, Ecuador, Uruguay and Brazil. After a short but grave illness he died in Buenos Aires on the feast of St. Agnes, 21st January 1959.

God had bestowed on him great natural gifts, a personality which attracted souls to the service and love of God, an infectious enthusiasm, and a facility for learning languages, which enabled him to rapidly attain fluency in Spanish and Portuguese.

During his years in South America he set up a great number of branches of the Legion of Mary, and trained a multitude in the apostolate of the Legion. His devotion to Mary was outstanding, and in contacts with Legionaries and others he explained and urged the practice of the True Devotion to Our Lady.

He is buried in the vault of the Irish Christian Brothers, in the Recoleta Cemetery, Buenos Aires.

On the 17th January 2020 the Ordinary Congress of the Congregation for the Causes of Saints has appointed Mons. Brosel Gavila José Jaime as Relator for the Cause of Alfie Lambe.

Work on the Positio will now commence under his guidance.

Prayers for the Beatification of Servant of God Alfie Lambe

O God, who by your infinite mercy inflamed the heart of your servant, Alphonsus Lambe with an ardent love for you and for Mary, our Mother; a love which revealed itself in a life of intense labour, prayer and sacrifice for the salvation of souls, grant, if it be your will, that we may obtain, by his intercession, what we cannot obtain by our own merits. We ask this through Jesus Christ, Our Lord. Amen